5 Republican Senators have concerns about Trumpcare. Let's encourage them to do the right thing. 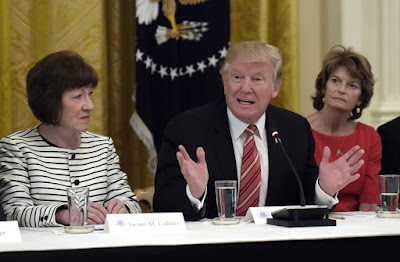 By now we've all heard that the Senate healthcare bill (that was drafted in secret) is even meaner than the House bill. If we want to make sure that all Americans have the best, most cost efficient healthcare, it is vital that we keep abreast of what is going on regarding this bill. Unfortunately, not all of us have time (or the legal understanding) to read all 142 pages. Thankfully, Senator Chris Murphy points out some important points. You can follow along on the proposed bill here.

Pg. 7 – section about tax credits for healthcare going down.


Pg. 136 - waiver section that allows States to get rid of protections including the Essential Healthcare Benefits Protection that forces insurance companies to provide a minimum amount of healthcare such as maternity care, mental illness, and prescription drugs.

Around pg. 29 are the tax cuts. The bill is designed to give a giant tax cut to millionaires, billionaires, insurance companies and drug companies. If you make under $200,000 dollars a year, you get almost nothing from this bill.

Thank you, Sen. Chris Murphy for breaking that down for us!

Every American needs to listen to former secretary of labor, Robert Reich, as he explains what is in the Senate's healthcare bill and what it means to us.

Over the next decade, the bill gives a 33 billion dollar tax cut to the 400 wealthiest families in America – in a time when the rich are wealthier than they have ever been before. The cost is to the rest of us - a quarter of a million people will lose their Medicaid.

If this healthcare plan is enacted, it will be the single biggest transfer of wealth from the middle class and the poor to the rich in the history of this country!

If this bill passes, the Republicans who voted for it will bear the burden of hundreds of thousands of deaths. Let's save them from themselves. 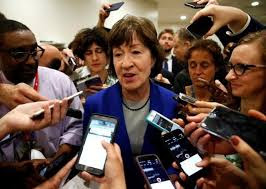 What can we do about it?

There are fifty-two republicans in the senate. We need to get 4 or 5 Republican members of congress to deflect. There are five Republican senators who already have misgivings about this bill. Three can stop this bill in its tracks. Contact them now and tell them how this bill will affect you and how much you appreciate their integrity.  Ask them to vote no on this bill.

Your call will be even more effective if you are aware of their concerns – so you can appeal to them.

Sen. Ron Johnson (Wisconsin)
On his page, he wrote how the senate healthcare bill fails. If you are going to talk to him, you should read this to know where he stands.

Sen. Collins is a moderate. She said that she won’t vote for the bill in its current form. Call to thank her.

Although talking to our Arizona Senators (if you’re not a millionaire or banker) often feels like running into a brick wall, you can try reminding them about how badly a similar Medicaid plan worked out here in Arizona.

Check out his page for his stance on Healthcare: