Trump cutting Energy Star program is a conflict of interest 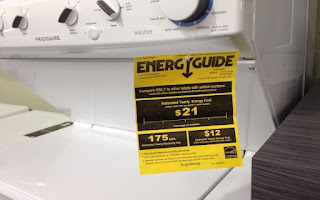 The Energy Star program is a win-win for consumers and businesses -- so why does Donald Trump want to cut it?

It turns out 11 of Trump's 15 properties in New York, Chicago, and San Francisco have received scores below 50 (out of 100) in energy efficiency from the Energy Star program.1 Buildings with low energy efficiency -- like Trump's properties -- tend to have lower property values than their competitors.

Tell your members of Congress not to let Trump put his company's profits ahead of American consumers and our environment!

Energy Star is an incredibly popular program that helps shoppers identify products that use less electricity. When news broke that the Trump administration wants to defund the program, more than 1,000 companies called for it to be saved.2

This program is a prime example of the government and the private sector working together. It costs just $50 million a year, and the EPA estimates that it has saved Americans $430 billion on utility bills since 1992.3

Once again, instead of supporting common-sense policies that help American businesses, consumers, and the environment, Trump prioritizes putting more money in his pockets.

Don't stand for this self-serving and environmentally harmful budget cut!