Tell U.S. Trade Rep: Replace NAFTA with a deal that benefits working people in all 3 countries, not just multinational corporations. 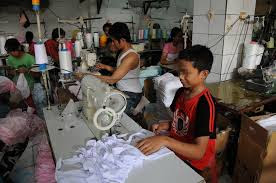 NAFTA made it easier for corporations to offshore jobs and to attack environmental, health, and other safeguards. It killed jobs and depressed wages for millions, and it was written and negotiated behind closed doors by hundreds of corporate advisers.

Tell the U.S. Trade Representative now: Replace NAFTA with a deal that actually benefits working people in all three countries, not just multinational corporations. If enough of us speak out, we can stop corporate elites from calling the shots and put an end to their rigged, devastating trade deals.

Your renegotiation of NAFTA is an opportunity to stop its ongoing damage and create a deal that benefits working people, not just big corporations. That is why we call on you to meet these criteria in any new agreement with Canada and Mexico:

*Eliminate the investor-state dispute settlement (ISDS) system, which promotes job offshoring and gives multinational corporations power to sue the U.S. government before a tribunal of three corporate lawyers. These lawyers can order U.S. taxpayers to pay corporations unlimited sums of money, including for the loss of expected future profits.

*Include strong and enforceable labor and environmental standards, not the ineffective rules found in deals like the Trans-Pacific Partnership (TPP).

*Require all imported food, goods, and services in the agreement to meet strong domestic safety and environmental rules.

*Eliminate rules that drive up the cost of life-saving medicines by giving pharmaceutical companies extended monopolies on drug patents.

Sign this petition now.
Posted by Jana Segal at 7:56 AM