URGENT: Reports from Capitol Hill make it clear that the Senate could vote on Trumpcare at any moment

URGENT: If you live in a state represented in the U.S. Senate by a Republican, your voice matters more than ever before. Reports from Capitol Hill make it clear that the Senate could vote on Trumpcare at any moment. We need to stop it. 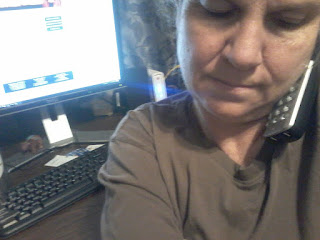 Trumpcare is incredibly unpopular -- but Mitch McConnell is working with Donald Trump, under unprecedented secrecy, to pass Trumpcare in the Senate. If it passes, all Republicans have to do is reconcile the bill with the House and it will become law with Trump's signature.

Your call can make the difference between Trumpcare passing or collapsing. Please call your Senator NOW and tell them to vote NO on Republicans' disastrous health care proposal.

I'm calling to tell Senators John McCain and Jeff Flake to vote NO on the awful plan to pass Trumpcare and destroy the Affordable Care Act. This plan would drive up premiums and cause thousands of people in Arizona to lose their coverage. That is unacceptable. We need to expand access to affordable health care -- not give a huge tax cut to the rich at the expense of our families.

This is on top of the fact that negotiations about the bill have been held largely in secret and the public and the press have yet to even get a glimpse of the legislation.

This is outrageous. If the Senate bill is anything like the House-passed American Health Care Act, it will likely gut the Medicaid program and undermine protections for people with pre-existing conditions. It would effectively strip care from millions of Americans who have benefited from the Affordable Care Act and leave the most vulnerable among us totally defenseless.

When asked why they're not releasing a draft of the bill, a Senate GOP aide actually said, "We're not stupid."
Time to speak out.
Posted by Jana Segal at 12:41 PM

Email ThisBlogThis!Share to TwitterShare to FacebookShare to Pinterest
Labels: Trumpcare