Media access is important and shouldn’t be restrained -- ask your elected officials to support a free press. 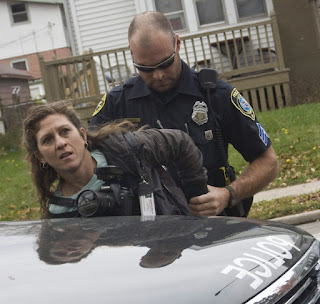 Freedom of the press is a foundational American value. The media functions as an important watchdog to hold our leaders and elected officials accountable to the people they serve. Attacks on the media in the Trump era are a threat to our democratic system.

It’s crucial to make sure the media is protected so that we have mechanisms to hold our elected officials accountable.

Please ask your members of congress and elected officials to uphold freedom of the press today!

Last week, lawmakers attempted to crack down on media access in the Capitol, declaring that reporters were not allowed to film or record audio in the Senate hallways without special permission, even though this has been done for years. This apparent attempt to prevent the public from knowing what is going on in the Capitol is one more shocking event in a string of recent anti-media incidents.

President Donald Trump’s disdain for the media and its information could shape attitudes across the country—how electorates evaluate claims during campaign cycles, how students are taught in school to ferret out facts, and how political and corporate officials deal with the media and the public.

Just this past month, a number of incidents threatening journalists’ rights occurred:

* a newspaper in Lexington, Kentucky had its windows shot out

* a journalist was arrested in West Virginia while posing healthcare questions to the U.S. Health and Human Services Secretary Tom Price

* a CNN reporter was threatened by a U.S. State Department press official demanding to know who her sources were.

The watchdog role of the media, an informed citizenry, and the vigilance of public discourse in exposing lies and wrongdoing have separated the United States from kleptocracies, oligarchies, and cronyist regimes all over the world. Those precepts may now be in jeopardy.

Sign the petition to elected officials in Washington and across the country to uphold and defend our constitutional right to a free press.

- Katie O’Connell, People for the American Way
Posted by Jana Segal at 12:33 PM