Sign the petition to urge your members of Congress to defend our freedom of the press! 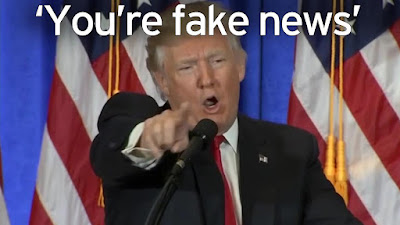 Can you guess how many times Trump has threatened or vilified the media? According to PEN America, a literary and human rights organization, the White House has undermined the press in at least 90 instances since the election!
This is an outright attack on our constitutional rights.

Freedom of the press keeps the public informed and our government accountable. How else can we stay updated on the GOP’s shameful health care repeal, Trump’s tax plan for Wall Street, or which banks are backing immigrant detention centers?

Trump and the GOP’s disdain for the role of the press and the public’s right to information is wreaking havoc on our democracy, and we can’t let it continue unchecked.

Stand with CPD Action to demand that our elected officials uphold and defend our constitutional right to a free press.

In just the last month, a number of incidents threatening journalists’ rights occurred:
Journalists shouldn’t be threatened for simply doing their jobs. The watchdog role of the press, an informed public, and the vigilance of public discourse in exposing lies and wrongdoing have separated the United States from kleptocracies, oligarchies, and crony regimes all over the world. Those precepts may now be in jeopardy.

Sign the petition to urge your members of Congress to defend our freedom of the press!

Truth and transparency around our government’s agenda couldn’t be more important right now, and that can’t exist without a free press. Help protect the very foundations of our democracy by signing our petition today.

Email ThisBlogThis!Share to TwitterShare to FacebookShare to Pinterest
Labels: free press, freedom of the press, media as watchdogs