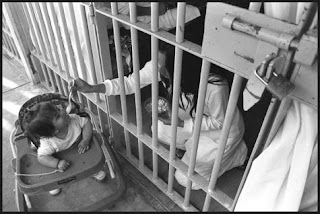 There was the major attack on immigrants by the House of Representatives yesterday in the form of two bills that passed that are nothing more than 1) racist red meat for the nativist faction of the right-wing base and 2) corporate welfare for the private prison industry. Even the conservative CATO Institute points out the bills are a total sham and a massive waste of taxpayer money. CATO notes that one of the bills, which enacts tougher sentencing guidelines for undocumented immigrants -- referred to as “Kate’s Law” after someone murdered by an immigrant -- would balloon the federal prison population and, if in place at the time, would not have saved the life of the bill’s namesake. (Not to mention that despite all the fear-mongering, immigrants are statistically less likely to commit crimes than the population at large.)

This legislation is political theater, but of the most dangerous variety, because it ignores facts to inflame bigotry and suspicion of immigrants.

Oh, and it’s worth mentioning that the DOJ is also playing a supporting role in these attacks on immigrant communities. They’ve been working with the administration to hype up the stories of victims of crime by undocumented immigrants and Attorney General Sessions even gave a speech this week in which he used these cherry-picked stories to present a phony narrative about the outsized danger presented by immigrants.

- Ben Betz, People for the American Way
Posted by Jana Segal at 1:13 PM