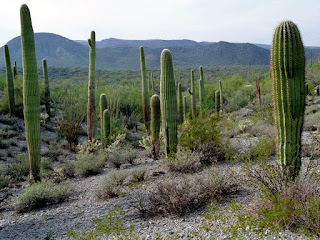 On April 25, 2017, President Trump signed an Executive Order that ordered the Interior Department to conduct a review of national monuments designated since 1996. According to a press release issued by the National Parks Conservation Association:

This executive order targets the Antiquities Act of 1906, which permits presidents to declare federal lands, already owned by all Americans, as monuments in order to protect their historical, cultural or scientific value and overall national significance. The review specifically calls for Interior to review sites that are more than 100,000 acres, or where Interior Secretary Zinke determines the designation or expansion was made without “adequate public outreach and coordination with relevant stakeholders.”

Our national parks and monuments are economic generators. America’s national parks welcomed a record-setting 331 million visitors last year, that contributed nearly $35 billion to the U.S. economy. Today, the Outside Industry Association released their annual economic report that shows that the outdoor recreation economy generates $887 billion in consumer spending annually and sustains 7.6 million American jobs. Altering monument designations would negatively impact what is proven to be good for local businesses and communities across the country.

Nearly every president since 1906 (eight republicans and eight democrats) has used the Antiquities Act as a bipartisan conservation tool to protect our nation’s history and culture. The law was passed by a Republican-led Congress and signed by President Theodore Roosevelt. There are more than 150 monuments that protect America’s cultural, historical, and natural heritage for future generations. Notably, no president has attempted to revoke a predecessor’s monument designation.

Our national monuments belong to all Americans. They are part of the legacy we are leaving for future generations. We need to fight for them today.

How do you submit comments?

Comments can be submitted directly to the Interior Department here:

There is also information at the site above on how to submit comments by mail.

Comments related to all other national monuments under review must be submitted by July 10, 2017.

For a thought-provoking Guest Editorial about why President Trump should visit Arizona’s national monuments by Sierra Club-Grand Canyon Chapter Director Sandy Bahr, published in the AZ Daily Star on May 23, 2017, head here.

Did you know that the Coalition led the effort, with our community partners, to have Ironwood Forest National Monument (IFNM) designated in 2000? IFNM is 129,000 acres of rugged Sonoran Desert habitat that contains an incredible diversity of wildlife species. Our member group, Friends of Ironwood Forest, has more information about IFNM at their website. You can also check out a recent news story about IFNM, including an interview with Friends of Ironwood Forest Board President Tom Hannagan, here.