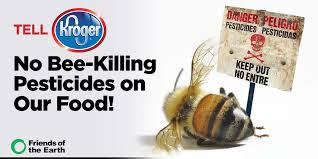 Walmart now joins other major global retailers like Home Depot, Lowe’s, Costco, and B&Q who have promised to keep harmful neonics off their shelves.

But there’s one major holdout that have not shown their love for the bees: Kroger, the second-largest grocery chain in the world.

We already have tens of thousands of SumOfUs members who are standing up to Kroger and demanding the mega-chain land on the right side of history. We know we can make that number explode before delivering your signatures straight to the Kroger’s annual shareholder meeting on June 22.

Will you raise your voice and tell Kroger to stop killing the bees?

The pressure is getting impossible for major retail chains to ignore. Over 110 global chains swearing off bee-killing neonic pesticides for good. Consumers are beginning to demand that their favourite stores adopt bee-friendly policies. It’s only a matter of time before they all come along—and those that don’t will get left behind. 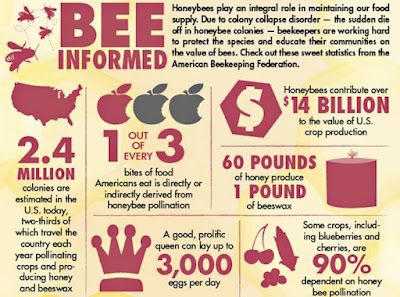 This isn’t rocket science: without healthy bee populations our crop growth suffers dramatically and without healthy crops we can't feed ourselves. Corporate food retailers have chained themselves to outdated, pesticide-heavy habits because they care more about their own profits than protecting our food systems. We need to show Kroger and other food giants that not only are bee-friendly products possible, they are necessary for our shared survival.

The SumOfUs Community has been on the forefront of getting neonics out of stores. It was because of pressure from over 750,000 bee-loving SumOfUs members like you that we got Home Depot, Lowe’s and True Value to commit to removing neonics from its supply chain. If we ramp up that kind of momentum in advance of its AGM, we can force Kroger to do the right thing.

Walmart and True Value to Phase Out Bee-Killing Pesticides While Ace Hardware Lags Behind, CommonDreams, May 3, 2017
Shareholder Resolution Urges Kroger to Have Independent Board Leadership, Whole Foods Magazine, May 17, 2017
Posted by Jana Segal at 9:57 AM