Tell your senator: REJECT the Trump-McConnell dirty energy bill — our climate depends on it! 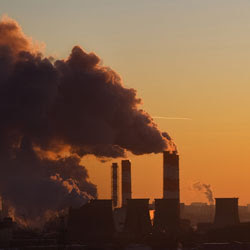 Last night, Senate Majority Leader Mitch McConnell decided to bring a new dirty energy bill to the Senate floor when Congress gets back from their July 4 vacation.

McConnell made a rare move to skip committee hearings for a bill that hasn’t even been introduced yet. We can't let Trump and Senate Republicans play dirty tricks with our future. This bill would be a disaster for our planet.

Tell your senator: REJECT the Trump-McConnell dirty energy bill — our climate depends on it!

What we know:
After we blocked a similar bill in the last Congress, this new bill would (once again):
— speed up approval of exports of Liquefied Natural Gas (LNG) abroad, increasing fracking here at home;
— give FERC (an agency with absolutely no accountability to the people) even more authority over decisions about pipelines for natural gas;
— authorize hundreds of millions of dollars for research into recovering methane hydrates, a dangerous new source of methane trapped under the ocean floor;
— have no mention of solar or wind in the "renewables" section!

This Trump-McConnell bill will lock us into our addiction to fossil fuels for decades to come. We can't afford to let that happen.

This bill is the fossil fuel industry’s dream come true, and they need 60 votes to pass it in the Senate. Oil and gas industry lobbyists are pushing hard to make that happen, but we won't give up without a fight!

Here’s the plan:
— First, we need to respond immediately to show Trump, Mitch McConnell, and the whole Senate that we’re paying attention. Mitch McConnell is trying to push this through while everyone is focused on the healthcare debate and the July 4 holiday.
— At the same time, we’re rallying allies to join in the fight and put pressure on key senators.
— Then, we’ll follow up with other ways you can help — whether it’s volunteering from your own home or putting pressure on your senators while they’re home for the upcoming July 4 recess.

One thing is for certain — it's going to take senators hearing from people like you to get them to do the right thing.

Tell your senator: Under no circumstances should you sacrifice the future of our planet for fossil fuel industry profits!

Our planet is out of time — we must move America off fossil fuels immediately.