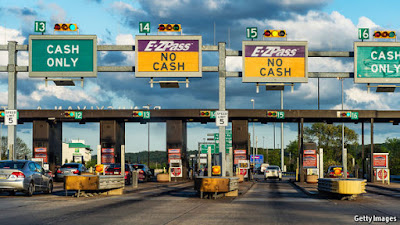 Today in Ohio, Donald Trump is rolling out his proposal to "fix" America's infrastructure.1 He wants to sell our water systems, bridges, roads and schools to the highest bidder — big business wins, we lose.

Trump's plan would hurt working families across the country and disproportionately impact low-income, rural and communities of color. We consistently see that when big corporations take control of our infrastructure, tax-payers carry the costs.2


Right now, The American Society of Civil Engineers' report card for water infrastructure gives the United States a D. It's not just communities like Flint that are suffering. Already, 12% of households can't afford their exorbitant water bills.3 Unless we do something to fix this problem, it’s likely to get worse: by 2019, nearly 36% of U.S. households could be unable to afford their water service!

American communities need help fixing water infrastructure, but privatizing our water systems is NOT the answer.

On top of that, privatization will not help communities like Flint address their water problems. Private investors would cherry-pick service areas to avoid cash-strapped neighborhoods where households can’t afford to pay the cost of privatized service.

Say NO to Trump's scam to sell off our public infrastructure!

We need public investment in water systems, roads and schools, NOT a Wall Street giveaway!

That’s why Food & Water Watch is working with dozens of organizations and unions to demand a REAL solution from Congress. The Millions of Jobs Coalition is calling for a big public investment in water systems, roads, bridges, and 21st century infrastructure like clean energy, a modern power transmission system, and high-speed rail. This plan must be paid for by making the fossil fuel industry, Wall Street, giant corporations, and the rich pay their fair share.

It's up to us to demand the right thing from the people who represent us.

Sign now with Food & Water Action Fund to call on your members of Congress to REJECT Trump's Wall Street giveaway and instead support the plan for public investment!

The American people deserve a fix to our infrastructure that puts people first — NOT Wall Street.

Email ThisBlogThis!Share to TwitterShare to FacebookShare to Pinterest
Labels: tolls, Trump's Infrastructure Plan, Wall Street to own our Public Systems