Tell your Governor to uphold the standards of the Paris Agreement 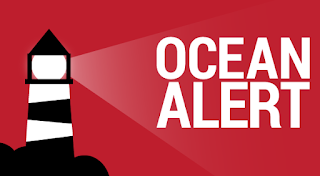 President Trump turned his back on the threat that climate change poses to our coastal communities and local economies and by withdrawing from the Paris Agreement.
This is unbelievably short-sighted. Climate change is already hurting American people, businesses and communities—especially those who depend on the ocean for their livelihoods. Fishermen are struggling as fish stocks move north as the ocean warms. Oyster growers in Washington have already suffered massive losses because of ocean acidification. Communities in Alaska are bracing for a future where they will have to abandon their ancestral homes because of melting ice.
The good news? We can take action on climate change NOW—with or without the support of the White House.
Trump’s inaction leaves a vacuum of leadership on climate change. If the White House won’t take responsibility in the fight against climate change, we will turn our focus to the state level. Tell your Governor to uphold the standards of the Paris Agreement.
Many cities and states around the country are standing up in support of cutting carbon emissions. California, New York City, Atlanta and more have already committed to upholding the Paris Agreement, regardless of whether or not President Trump will.
Surveys show that most Americans want us to stay in the Agreement. Together, we can commit to curbing the impacts of climate change, one state at a time.
The science on climate change is settled. It’s already happening. No Presidential decree will change that. If the Trump administration won’t accept the U.S.’ role in combatting climate change, fine. We will take the matter into our own hands.
Posted by Jana Segal at 10:01 AM