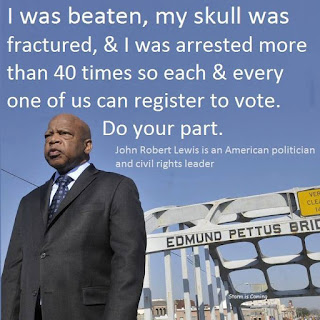 Amidst all the outrage around Russiagate, Trump’s tweets, and efforts to ram through Trumpcare, it’s easy to miss these insidious efforts just under the radar. This is a lot to wrap your head around. And it’s hard to fight back when the attacks are coming in so heavily from so many different angles. But fight back we must.


Trump’s ‘election integrity’ commission, headed by Vice President Mike Pence and Kansas Secretary of State Kris Kobach, is starting to build steam and will have a major meeting in less than three weeks.

This is the commission developed to justify Trump’s outlandish conspiracy theory about millions of “illegal” voters in 2016. And Kris Kobach is perhaps America’s foremost architect of voter suppression laws (and anti-immigrant laws, for that matter).

Yesterday, Kobach sent a letter to the secretaries of state for all 50 states requesting comprehensive data on ALL registered voters, including the last four digits of their social security numbers, their addresses, their dates of birth, their political affiliations, and their voting histories.

We expect Pence-Kobach to try to use this voter data for, perhaps among other things, something similar to Kobach's "Crosscheck" program in Kansas, but on steroids. Crosscheck is infamous for inflating claims of voter fraud with egregiously sloppy matching of names with various states' voter rolls.

It was just announced last night that America’s other most notorious vote suppressor, former Federal Elections Commissioner Hans Von Spakovsky, is being added to the commission. Von Spakovsky perhaps more than anyone in the country is responsible for perpetrating the phony myth of rampant individual voter fraud that’s routinely used by the Right Wing as the rationale behind their voter suppression policies.

The entire purpose of this commission from the beginning has been to lay the groundwork for more restrictions on voting. And we know why the Right wants to make it harder for certain Americans -- especially minority, low-income, and young voters -- to exercise their most fundamental democratic right … it’s to consolidate their grip on power and lock out progressives -- and even moderates -- from electoral wins by unfairly rigging the system against them.

To add to the attacks on voting rights we wrote about earlier (see below this message), the Jeff Sessions-led Justice Department ALSO issued an official request for information on how states covered by the National Voter Registration Act maintain their voter rolls -- indicating that Trump’s DOJ could be getting ready to work in concert with the Pence-Kobach voter suppression commission … a scary prospect from the department that’s supposed to protect Americans’ voting rights, but then again, we know that this DOJ has already moved to deprioritize protecting voters in ways such as backing off of key litigation over voter ID.