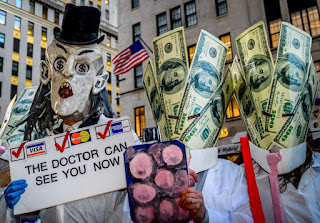 Trumpcare is back. Also known as "Graham-Cassidy." Republican Senators Lindsey Graham, Bill Cassidy, Dean Heller, and Ron Johnson have introduced a new bill that would repeal the Affordable Care Act and take away health care from tens of millions of Americans. That's why every Republican senator needs to hear from constituents today—and every day—until this bill is defeated.

Will you call Senators John McCain and Jeff Flake now and tell them to protect our care? Tell them to vote no on Graham-Cassidy.
"
Here is where to call:
Washington Offices
This repeal proposal is being called "the most radical one yet."1

The news media is not yet taking this effort seriously, with most calling it dead on arrival, but Sen. Cassidy is saying he is already close to securing 50 votes.2 Plus, Donald Trump has said that repealing the ACA is a priority, and that he's prepared to sign this bill into law. They're trying to sneak this bill through Congress before the end of the month, which is the deadline for repeal to require only 50 votes.3 These next 12 days are make-or-break for what could be the final Republican attempt to take away our health care.

We've defeated Trumpcare over and over, and now we need to do it one more time by raising a deafening roar against any plan that would take away health care, cut Medicaid, and drive up insurance premiums.

Will you call your senators right now and say, "Don't take away our health care. Say no to Graham-Cassidy or any version of Trumpcare."?

We have stopped this trainwreck before, and we need to spot it again. We know that grassroots pressure works. If this bill moves forward, we'll rally, make phone calls, and fight tooth and nail against it. Let's start by raising an outcry to let every Republican senator know that we're watching, and that we will hold them accountable.