While floundering on some parts of their agenda, notably a failed effort to repeal the Affordable Care Act and judicial challenges to their immigration ban, the Trump Administration has been mostly successful on its plan to radically deregulate polluting industries and remove protections for our air, water, health, and climate. 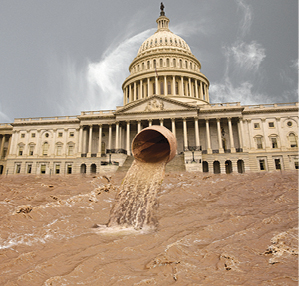 In his first months in office President Trump signed repeals of key Obama-era protections, including the Stream Protection Rule; the Oil, Gas, and Mining Anti-Corruption Rule; and Protections for Alaska’s Wildlife. He also issued executive orders to fast-track construction of the Dakota Access Pipeline and the Keystone XL pipeline, and to begin to withdraw the United States from the Paris Climate Accord. Donald Trump’s cabinet members, most notably EPA Administrator Scott Pruitt, have reversed or delayed environmental safeguards on everything from climate and clean energy research to chemical safety to methane pollution to lead bullets on federal land.

So it’s no surprise that the assault on our health and environment continued throughout the summer. Below are just some of the actions taken by Donald Trump’s executive branch in July and August:

Department of the Interior proposes to shrink some national monuments. This will remove protections and open up land for mining or drilling.

Department of the Interior halts health impact study for communities who live near mountaintop removal mining.

Now that Congress is back in session, we can expect continued attacks on our health and water. Keep up to date with our Congressional tracker — and by following Clean Water Action on facebook, twitter, and instagram.

- Clean Water Action
Posted by Jana Segal at 9:36 AM