Urgent: Can you call your member of Congress right away? Tell them to do everything in their power to pressure Trump from revoking DACA. 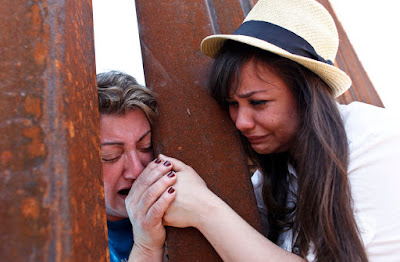 URGENT: Reports are saying that Trump may revoke DACA--the Obama-era program currently protecting from deportation young people who immigrated to the United States as children--this week.1
This is an emergency. 800,000 kids who know no other country but this one, and who entrusted their personal information to the federal government on a promise that it won't use that information to deport them, are in danger of being snatched in their homes and deported by immigration agents. This is not a partisan issue: 71 to 75 percent of voters, and dozens of Republicans in Congress, don't want Trump to revoke DACA.2
We need to act fast and demand Congress protect the 800,000 young people in imminent danger. Can you call your member of Congress right away? Tell them to do everything in their power to pressure Trump from revoking DACA.
You can choose from these numbers to call.
It's best to speak in your own words, but here are some points to get you started.
Trump is under competing pressures from his bigoted base and Republicans and Democrats who want DACA protections to stay put.4 Congress can do a lot to pressure Trump, so they need to hear from us fast and loud.
Will you call your Congress members and tell them to do everything they can to protect DACA?
- the UltraViolet team