Join us and Telll JPMorgan Chase to #DefundTarSands

JPMorgan Chase is the #1 Wall Street funder of tar sands oil--one of the dirtiest forms of fossil fuels on the planet. Not only do TAR SANDS = GAME OVER for the climate, all projects associated with tar sands production wreak havoc on Indigenous, frontline, and fenceline communities.
Despite Indigenous and grassroots opposition, JPMorgan Chase is bankrolling ALL four proposed tar sands pipelines: TransCanada's Keystone XL and Energy East, Enbridge's Line 3 and Kinder Morgan's Trans Mountain.
We are demanding that JPMorgan Chase not only stop funding tar sands pipelines, but end financing to the tar sands sector as a whole.
Tell JPMorgan Chase to protect Indigenous rights and the environment.
We need to make it clear to JPMorgan Chase (and banks in general) that the funding of extreme fossil fuels like tar sands is no longer acceptable. We will not tolerate threats to our health, land, and water. 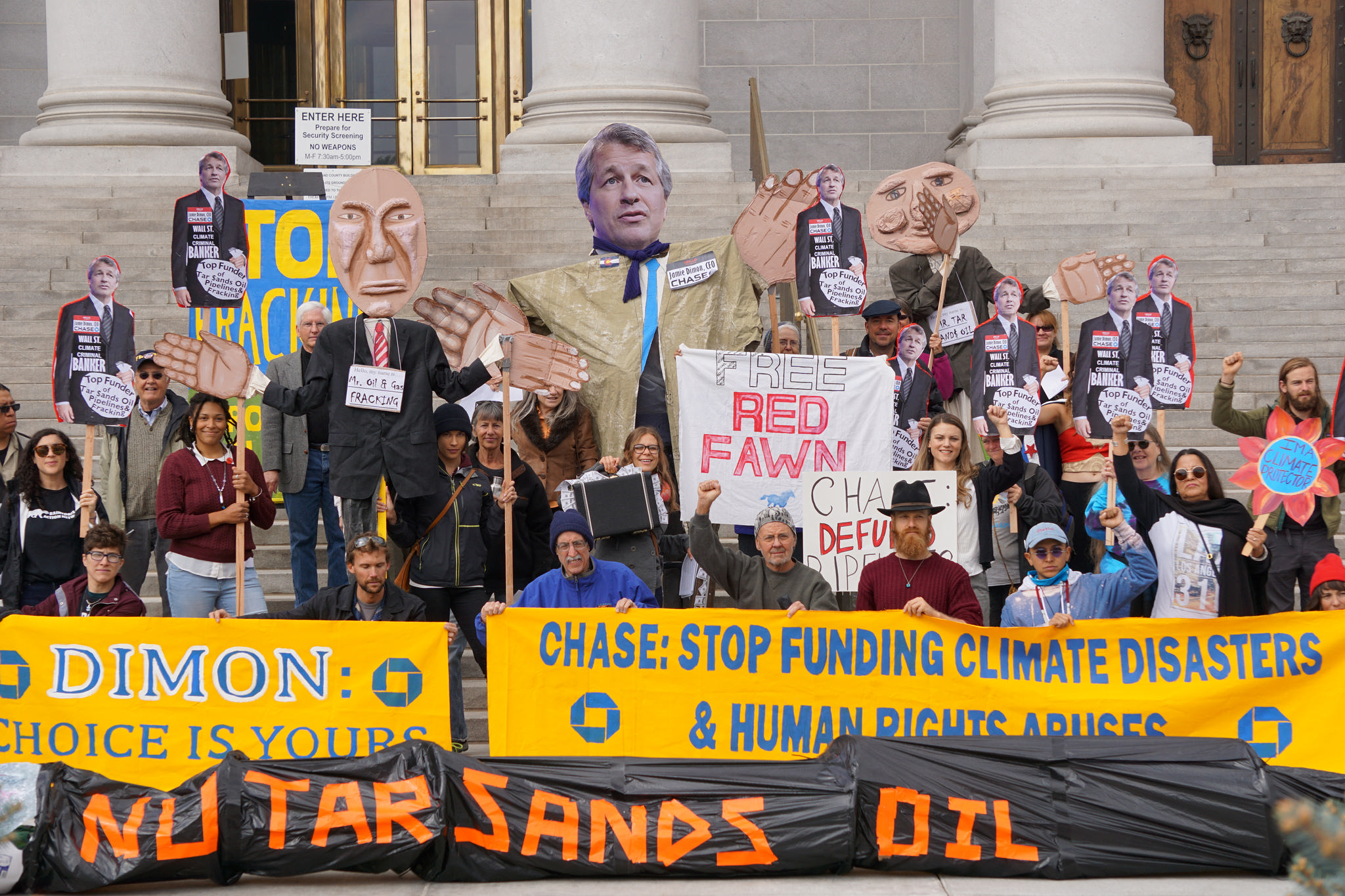 Extreme energy means extreme weather. Climate change is not a threat of the future, but a major issue here now--back-to-back disasters like Hurricane Harvey and Hurricane Irma have made that clear. We must act now to to move towards a climate stable future.
This is your chance to tell Jamie Dimon, CEO of JPMorgan Chase to defund one of the worst of the worst extreme fossil fuels, tar sands.
We need your voice — today. Tell JPMorgan Chase that you expect banks to live up to their commitments to Indigenous rights and the environment.