SUBMIT A PUBLIC COMMENT: DO NOT ALLOW ICE TO DESTROY RECORDS OF SEXUAL ABUSE AND DEATH OF PEOPLE IN CUSTODY 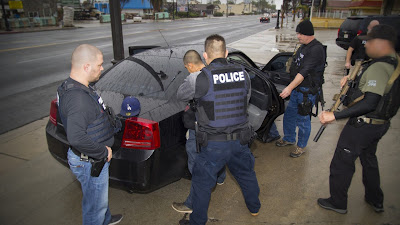 Our government is claiming records of sexual assault and death in custody aren’t significant enough to preserve records. We have two more days to submit public comments to oppose destroying this critical paperwork and evidence.

The National Archives and Records Administration (NARA) has given preliminary permission for Immigration and Customs Enforcement (ICE) to begin routinely destroying records, including those related to sexual assault by staff, substandard medical care, excessive solitary confinement, threats and physical assault by custody staff, and even deaths while in custody.


In cases of both sexual assault and death, NARA argued that these records “do not document significant actions of Federal officials.”

You can see this for what it really is: a blatant attempt by ICE to erase its abuses and gain impunity, making it harder for us to hold the agency accountable in the future.

We have until Friday, September 15 to urge the National Archives and Records Administration to do the right thing: stop ICE from destroying a paper trail of evidence for a system rife with abuse.

The Trump administration has pledged to expand immigration detention to record-breaking levels and lock up more people than ever before in its crackdown on immigrants. Our ability to hold ICE agents accountable for abuse matters more than ever. We must protect these records.

Here’s your job for the next 48 hours: send your public comment to NARA today and demand they deny ICE’s request to destroy these records.


ICE agents have largely escaped accountability for sexual abuse thus far. According to a Freedom of Information Act Request, the Office of the Inspector General investigated only 2.4% of sexual assault complaints related to ICE agents from May 2014 through July 2016. Destroying these records would be a slap in the face to the survivors and their loved ones – a shameful lack of accountability for the violations committed.

Additionally, 170 people have died in immigration detention since 2003, including 10 deaths since October 2016 alone. If we allow ICE to destroy these records, they will be able to whitewash history and escape accountability.

We can’t allow this to happen. We must hold our agencies and officials accountable when they violate the rights of people in custody.