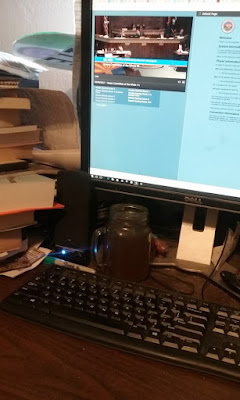 Budget Week officially started yesterday, and I’ve got a whole lot of details to share with you, most of which clearly demonstrate Governor Ducey’s wrong priorities. Bottom line: He’s willing to shortchange universities, teachers, and families in crisis because he’s afraid to negotiate with Democrats. And he’s giving away another $107.2 million in corporate tax cuts.

And you’re not going to believe his new source of funding for private prison beds.

> After a couple of months of wrangling amongst Republicans behind closed doors, Governor Ducey’s budget — negotiated with the legislative majority — finally came into the light yesterday. The schedule: It will be heard in House Appropriations today at 8am, and in my Senate Appropriations committee today at around 12:30pm. Extremely limited public testimony will be taken, then it will head to final votes on the floor on Thursday, with adjournment Sine Die either later that day or early next week.

They are promising no late-night sessions, but I’ll believe that when it happens. If you want to watch the proceedings live, you can tune in to the live legislative video here.

As we have traditionally done, last night we Legislative Democrats hosted a public hearing on the budget details, as laid out by the inimitable Richard Stavneak, director of the Joint Legislative Budget Committee (JLBC). We invited the media and public to attend as all our members asked detailed questions and the proceedings were televised.

Here are some key takeaways:

> Our state budget — even not adjusting for inflation or population growth — is smaller than it was in 2007. Why? Massive corporate tax cuts and loopholes, which were used a a pretext for massive cuts in education at all levels, but did not deliver the job and wage growth the proponents promised. Have we learned our lesson and stopped such nonsense? Nope. There is $107.2 million in new corporate tax cuts in this year’s proposed budget, primarily in three areas: 1) corporate income tax rate reduction, 2) the increased corporate sales factor, and 3) the 20% growth in the cap on private school corporate tax credits.

> There is no sign at all in the budget of the promise Governor Ducey made in January to restore 24 months of eligibility for TANF benefits for families in crisis as they look to get on their feet again, often after a domestic violence incident. 70% of these funds go to children. You’ll recall he cut that eligibility to 12 months last year, the meanest cut in the nation.

> The Arizona Center for Law in the Public Interest announced last week that they are suing the state on behalf of public school boards for the billions of dollars in building maintenance funds unconstitutionally withheld by the state over the past eight years. TUSD alone lost $120 million over that time, and consequently their facilities are in danger of collapse in many schools. One classroom roof at Carrillo School literally collapsed while students were present.

There used to be a formula for “Building Renewal” for schools, but it was funded at around 10% since 2008. The legislative majority decided to “fix” the problem not by providing full funding, but by eliminating the formula. If the formula were still in existence today, it would indicate that $289 million would need to be spent to keep our kids’ classrooms safe.

The amount in this year’s budget? $17.2 million. Less than 6% of the formula. We must do better than that.

> There is $200,000 in the budget to pay for lead testing in schools. Which is good. Except there is no money to pay for remediation of the problem if the test come up positive for lead poisoning.

But there is enough available in the budget, even after this year’s massive corporate tax cuts, to pay teachers a full 4% more, starting this year. For example, just one of Governor Ducey’s budget items is a scheme to pay high-reforming public schools bonus money and ends up giving two-thirds of its funding to schools in the richest districts. Like vouchers, it is another transfer of taxpayer money from the have-nots to the haves. Eliminate this unfair experiment, and we could go a long ways toward that 4% raise, ten times the amount Gov. Ducey proposed in his January budget.

And there are many other smaller items, that gathered together can make up the rest. Here are a couple of questionable expenditures:

> A 33% raise for the director of the Automobile Theft Authority. No other public employees receive raises in the budget. 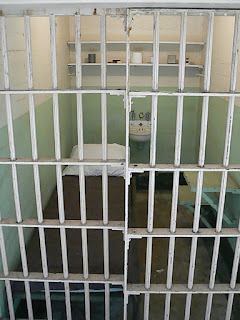 > And here’s a fun fact, uncovered during a last night’s budget presentation: Governor Ducey hid a provision in his Prop 123 that funds private prison beds from state trust lands to the tune of $4 million per year. I think most people would agree that $4 million would be better spent for teacher raises.

The funds are available. Why is Governor Ducey fighting so hard against 4% teacher raises and $92 a month for families in crisis? Perhaps you’d like to ask him that.

> We have had for many years a GIITEM fund for law enforcement against criminal gangs, given to county sheriffs throughout the state. For many years, Republican Maricopa County Sheriff Joe Arpaio received the lion’s share of these funds due to his political connections with the Legislature.

> Remember last year when Democrats were able to convince just enough Republicans to help us restore KidsCare health care coverage to more than 30,000 children in poverty? Governor Ducey and the legislative majority found a way in one line of the budget to take it away. The line says that the program is frozen as soon as the federal match rate falls below 100%, even to 99%. I’m thinking that Gov. Ducey’s DC friends have already assured him that is their intention.

> Another sneaky line in the budget aims to stop Planned Parenthood from applying for federal grants to distribute birth control. I suppose now that Governor Ducey and the majority have taken away nearly every right to reproductive choice, going after our birth control is the next step.

> For universities, Gov. Ducey’s budget continues to short our financial aid trust fund by $20 million a year, shutting needy students out of tuition assistance, and he demands that all three universities start a new tuition-free Teacher Academy, but provides no funds. Consequently, it must be funded by the tuition of other students who are not studying to be teachers.

> And let’s not forget HURF — the money the state gets from gas taxes that are required by the Arizona Constitution to be used only for roads. Governor Ducey wanted to swipe $90 million in HURF to balance his proposed January budget. Although an improvement, this budget still swipes $60 million from the state highway fund.

Feel free to tune in or even join us live in the public gallery.