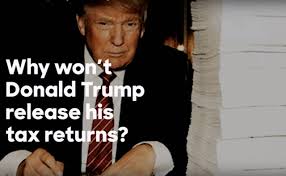 We’ll cut to the chase: Republicans are blocking legislation that would force Trump to reveal his tax returns.

But we can overpower them. Using a procedure called the Discharge Petition, Democrats are attempting to force Trump to reveal his tax returns. But they need all the support they can get.

Trump just fired James Comey, the man who was leading the investigation into Trump’s relationship with Russia. Now, we have NO WAY to tell if our President has been compromised by a hostile foreign power.

Demand your Congressman sign the petition to force Trump to reveal his tax returns:

We refuse to be kept in the dark,