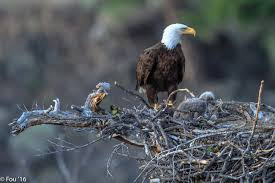 Today is Endangered Species Day. I hope you'll join NRDC in celebrating the progress we've made in protecting endangered species — and stay vigilant about defending our critical laws like the Endangered Species Act from President Trump's dangerous anti-environment agenda.

The Endangered Species Act has prevented 99% of the species it has covered from going extinct. It has helped revive iconic species like the bald eagle, the American alligator and the California condor. Now, anti-wildlife members of Congress have introduced legislative attacks that would gut the Act, jeopardizing the existence of plants and animals across the U.S.

We can't let this fundamental environmental law be decimated by the President and anti-wildlife lawmakers.

Here are 6 simple things you can do right now on Endangered Species Day to help preserve the Endangered Species Act and save imperiled wildlife:
At the same time, the Trump administration is attempting to hand over some of America's most treasured national parks, public lands and oceans to the fossil fuel industry, and has set into motion a plan to open our Arctic and Atlantic coasts to dangerous oil and gas drilling — all of which will have disastrous repercussions for endangered species and other vulnerable wildlife.

We must show the Trump administration and Congress that we will fight to protect imperiled wildlife and wildlands at all costs.