The House of Representatives passed Trumpcare, but our fight has just begun. Now it goes to the Senate. 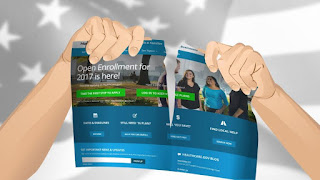 The House voted 217-213 to repeal the Affordable Care Act -- Obamacare -- and pass a new bill, the American Health Care Act.

This was a tough loss today.  But, it’s not over by a long shot.

While the U.S. House of Representatives voted to change the current health law in ways that may be extremely harmful to cancer patients and survivors, the bill they passed still must get voted on in the U.S. Senate.

Four months ago, many people considered the House vote to be a slam dunk. They told us there was no point in waging a campaign on a House bill because it supposedly already had the votes to pass before it was even introduced. We changed that. We called, emailed, Tweeted, turned out to town halls, went to rallies, and wrote letters to the editor.

We move on to the Senate. And, though we are disappointed, we can't give up the fight, especially because early indications show strong bipartisan objections among Senators to the House-passed bill.

Trumpcare isn't a healthcare plan, it's a massive tax giveaway to the super-rich financed by the livelihoods and lives of the sick, poor, and the people they love. And it's massively unpopular -- a recent Quinnipiac poll found that only 17% of Americans actually approve of the GOP’s Anti-Health Care Act because  24 million people will lose their health insurance.

Read up on the American Health Care Act.

Then Contact your Senators!
Posted by Jana Segal at 1:51 PM