Trump's budget is a corporate-influenced plan to put profits ahead of people. Time for THE PEOPLE'S BUDGET! 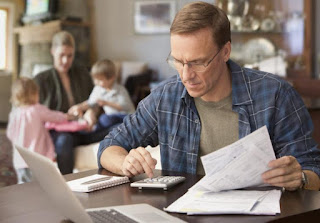 Yesterday, the Trump administration released its proposed budget -- and it was nothing but a wish list of tax cuts for the ultra-wealthy at the expense of working-class and poor Americans.

This budget shows where the Trump administration thinks the focus of the country should be. As it's written, the Trump budget:
The Trump budget is a corporate-influenced Republican plan to put profits ahead of people.
That's why members of the Congressional Progressive Caucus released the People's Budget: a plan for how we can return economic and political power back to the people.

If you're with us, will you add your name in support of the People's Budget today? Help us send a message to Trump that we won't stop fighting back against his abandonment of American values.

Our People's Budget is a commitment to our communities and the values we fight for. Unlike the Republican alternatives that prioritize corporations and the ultra-rich, the People's Budget focuses on working families, people of color, women, and seniors -- and aims to decrease the economic inequality that plagues so many of our communities.

And, unlike Trump's budget, our People's Budget ensures that working-class Americans have the opportunities they need to get ahead.