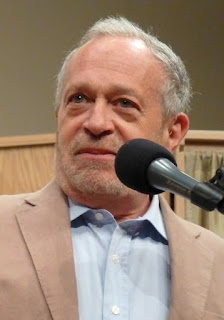 "I don't know about you, but some days I feel like a hamster on a wheel. Again and again, Donald Trump and the Republicans are making us run through the same motions, just to prevent disaster.

Just look at this week. Republicans are about to hold a vote to repeal Obamacare—again. They've voted to repeal Obamacare more than fifty times since the bill was signed into law.1 It's infuriating and exhausting that "winning" in the Trump era often means preventing something awful from happening.

But there's a problem: Congressional elections are still pretty far off—and, while we wait, there are urgent fights every day that need our attention. At the same time, there are big things that we can do right now to build progressive power and lay the groundwork for victories in the 2018 and 2020 elections.

Which is why I'm making a commitment to you to do two things:
I will fight the Trump Republican agenda every step of the way (even though it's exhausting and repetitive and infuriating.) I will work my heart out to take back power in the 2018 and 2020 elections—so that we can start undoing the damage and actually make progress for a change.

And I hope that you'll do whatever you can, too. Keep calling Congress. Show up in person at your lawmakers' offices. Stay active online and on social media. Get involved in elections.

We're just 103 days into Trump's presidency, and so far, the resistance's efforts are working. We are winning. On health care (Obamacare is still the law of the land). On the budget (where Trump basically gave up and got almost nothing he wanted). Against the Muslim ban. Even on Trump's involvement with Russia (we're keeping the story in the news and driving down Trump's popularity, while forcing his corrupt cronies to recuse themselves).

Together, the resistance is rising to meet the challenges we face. And I couldn't be prouder of what we've accomplished together already.

MoveOn and I are committed to fighting like this for the long haul. To spring into action as Republicans—once again—try to take away our health care, or build the wall, or pass another Muslim ban, or pass tax cuts to benefit the 1%. To win back power one election at a time. To make videos that expose Trump's total and very dangerous ineptitude. And to speak out, again and again.

During Trump's first 103 days, we proved that the resistance is powerful, when we give it our all. Now, we have a harder challenge: proving that we can keep it up.

Together, I believe that we can."

Note from Desktop Activist Tucson: I am not with the MoveOn organization, but I appreciate Robert Reich's efforts on the resistance and post his insights on this page. I regularly sign MoveOn petitions. Feel free to follow the link to find out more about them.