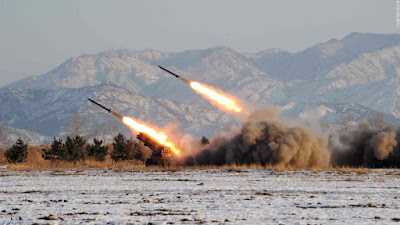 President Donald Trump—like every president for decades—has sole authority to launch a US nuclear attack. And no one—literally no one—has the authority to stop such a launch. The saber rattling between the United States and North Korea is a stark reminder of why this is so outrageous and unacceptable.

It's time to change this deeply flawed system. Urge your member of Congress to limit the president's power to start a nuclear war. Congress must get more involved, working to reduce nuclear risks and prevent a nuclear catastrophe.

Here's a simple yet important step you can take. Write to your members of Congress and urge them to cosponsor the "Restricting First Use of Nuclear Weapons Act," which would prohibit the president—any US president—from launching a nuclear first strike without a declaration of war from Congress.

Introduced by Sen. Edward Markey (D-MA) and Rep. Ted Lieu (D-CA), this bill can serve as a powerful vehicle to stimulate debate in Congress and get more members of Congress speaking out and demanding changes to a system that puts civilization-ending power in the hands of one person.

Join more than 25,000 UCS supporters who have already emailed their legislators. Your message is a key element of a coordinated national campaign involving dozens of organizations, to change our current policies, which increase the risk of nuclear war in very real and dangerous ways.

The Markey-Lieu bill is a small step in the right direction that allows you—and all of us—to demand that Congress takes these dangers seriously and works hard to change a system that puts all of our lives at real risk every day.

Email ThisBlogThis!Share to TwitterShare to FacebookShare to Pinterest
Labels: Urge Congress to Limit the President's Power to Start a Nuclear War