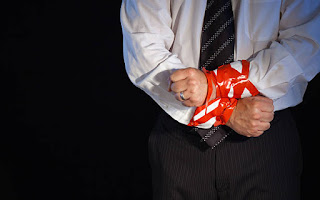 Senators are taking up a bill early next week that would hamstring agencies that are supposed to protect us from emergencies. The so-called “Regulatory Accountability Act” says that our safety watchdogs and other government agencies can’t act to address a fast-moving crisis until they work through a long process to evaluate how much it’ll cost private companies.

But if there’s a crisis in our country, we can’t afford to wait for action.

For example, if chemical plants are spewing gallons of toxic waste into our drinking water, we need government responders to move quickly. With lives on the line, we can’t have key agencies handcuffed by a slow-moving Congress.

Tell Congress we expect our government to act quickly when there are major emergencies that put people at risk. We can’t afford this new red tape — oppose this dangerous bill.

If Congress passes this bill, it could make it impossible for government to act quickly, or even at all, in the face of major emergencies. We need as many people to speak out against this bill as possible. After you take action, forward this email to friends and family to get them involved.

Petition wording. (It's even better if you personalize it!)

I'm writing to urge you to vote against the so-called "Regulatory Accountability Act" which would create more red tape and bureaucracy and slow down government's ability to respond to emergencies.

The RAA would make it virtually impossible for federal agencies to protect people like me. It would rig the system, forcing agencies to care mostly about companies' costs, and far less about my health, safety, and financial well-being.

The RAA is dangerous and would do severe damage to the ability of federal watchdogs to protect the public, especially from a fast-moving crisis. I strongly urge you to oppose S. 951.

- Liz Foley, Consumers Union, Policy and Action from Consumer Reports
Posted by Jana Segal at 8:08 AM