Good news! Our activism pays off as Trump's budget is rejected 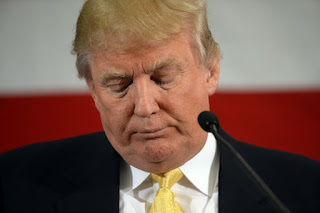 Some good news! Our activism has paid off! In the spending agreement that was reached last night to keep the government funded until the end of September:

*Trump's wall did not get funded. 1) The measure that did get passed put a strict limit on the amount of money that can be used for border security - making it almost impossible for Trump to pay for starting his wall. 2) No funding can be cut for "sanctuary cities." 3) No money for a deportation force in ICE.

*Trump wanted to cut the National Institutes of Health by 1/3. But it got a 2 billion dollar boost!

*Trump wanted cuts in all scientific inquiry.. But there were nearly NO cuts in scientific budgets.

*No cuts in Planned Parenthood!

*Trump got 1/2 of what he wanted for the military.

*They did not fund the justice department in stopping medical marijuana in states where it was legalized.

*The subsidies built into the affordable care act will continue.

The United States and the American people came out on top! This gives me hope in our checks and balances and that our activism is working!

But our activism continues to be important. This spending agreement lasts until September.  Trump will continue to enact executive orders and his cabinet members will continue to wreak havoc in their departments. We must stay diligent!