Tell Congress: Reject Any Budget That Attacks the EPA 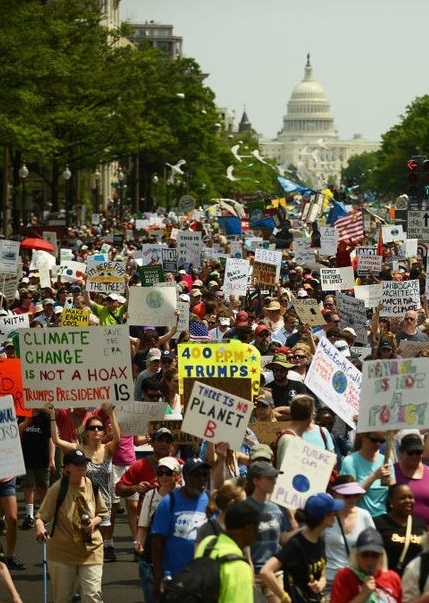 President Trump's proposed budget demands the EPA's funds be drastically cut. But the EPA's budget is already about as low as it can get—it accounts for just 0.22% of the federal budget. The proposed cuts are so outrageous that members of the President's own party are speaking out.

"There's not that much in the EPA [budget] for crying out loud," said Mike Simpson (R-ID), the chairman of the House Energy and Water Appropriations Committee. "EPA has been cut by over 20 percent in the last few years. The discretionary budget has been lowered pretty dramatically compared to how it was in 2009, and it's under what Paul Ryan thought it would be in his budget," explained Rep. Tom Cole (R-OK).

We need to keep stoking this opposition on both sides of the aisle—because too much is at risk. Tell your members of Congress to protect the EPA.

Message you will be signing:

I am writing today in strong opposition to President Trump's proposal to cut the EPA's budget. This crucial agency, tasked with ensuring all Americans have access to air that is safe to breathe and water that is clean to drink, is already operating with limited funds, as its budget has already been cut by over 20 percent in just the last few years.

Americans want a strong EPA. A Reuters/Ipsos opinion survey released in mid-January highlighted that more than 4 out of 5 Americans want EPA's authority preserved or strengthened under the Trump Administration. Yet current reports suggest the Administration would cut the agency's funds by a quarter, taking aim at their ability to support brownfields industrial site cleanup (slashing that budget by 42%), state grants addressing the lead epidemic (cut by 30%), and funding to help native tribes combat pollution (also cut by 30%).

We simply cannot allow this to happen. States are heavily reliant on the EPA's expert analysis and support. Without that help, they will be handcuffed to protect citizens.

Please fight to protect the health and safety of your constituents. Oppose these senseless attacks on the Environmental Protection Agency. Our communities are counting on your leadership.