Trump has fired James Comey, the director of the FBI. Time to appoint a special prosecutor for the Russia investigation. 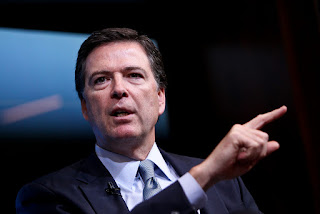 Breaking news: In a shocking turn of events, Donald Trump has fired James Comey, the director of the FBI, who was overseeing investigations into the Trump campaign’s ties to Russian officials.

Despite his pledge to recuse himself from all dealings related to the Russia investigation, Attorney General Jeff Sessions recommended that Trump fire Comey in a letter and, reportedly, was tasked with finding the justification for Comey's ouster!

This is an absolutely stunning development and all the more reason why we need a special counsel NOW.

Our allies in Congress, including Senators Chuck Schumer, Ron Wyden, and Elizabeth Warren are saying the need for a special counsel is urgent. Schumer tweeted, “If we don't get a special prosecutor, every American will rightfully suspect that the decision to fire #Comey was part of a cover-up.” In his statement, Rep. Elijah Cummings stated “[i]t is mindboggling that the Attorney General -- who claimed to have recused himself -- was directly involved in the decision to fire Director Comey according to the White House itself.” No one in the Trump administration is untarnished, and a special counsel is a necessary step to get to the truth.

Call for a special prosecutor to be appointed right now!

At this point we cannot depend on any of the usual channels for accountability -- the White House is the subject of investigation, the Attorney General is directly involved in Comey’s firing despite his “recusal”, the independence of the FBI is being undermined, and Republicans are at the helm of all the investigating committees. This is an unprecedented situation. A special counsel is an essential step to ensuring a thorough and independent investigation going forward.

- People for the American Way