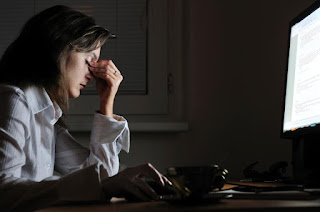 In less than two days, Congress will be voting on the first of a series of bills designed to fool working people.

The Republican "comp time" bill, HR 1180, is as deceptive as they come: it would force working people to work overtime without pay in exchange for "comp time" that they can be punished for using.1

If this bill passes, it opens up the gate for other sham Republican bills. Already, another bill moving through Congress is being sold as an "equal pay" bill that could get an employee fired for talking about her salary.2

Let's flood the key members of Congress with calls to stop this harmful bill and Republican attempts to pass fraudulent legislation.

Make sure to leave a voicemail if you don't reach someone:

Congress isn't expecting huge opposition to this bill. The more phone calls key members of Congress receive opposing it, the less likely it will advance.

It's always best to speak in your own words, but here are some points to guide you:
My name is ______ from Tucson. I am calling about the sham Republican "comp time" bill, HR 1180, and urge Representative Martha McSally to vote NO on it.
This bill would make it harder for people who need to work extra hours to pay their bills by forcing them to choose between time and money while providing no real guarantee of paid time off.
People living paycheck to paycheck can't afford to loan their bosses their hard-earned overtime pay for months at a time.
There are better options--like paid sick days, paid family and medical leave, and fair and predictable schedules--that will actually help working people meet the dual demands of work and family.
Will Rep. McSally vote no on HR 1180?

Sources:
1. What's Wrong with Comp Time? Ask Government Workers, Huffington Post, April 24, 2017
2. Our Equal Pay Laws Need Updating, but the Workplace Advancement Act Would Do More Harm than Good, National Women's Law Center, February 27, 2017
3. When it comes to maternity leave, Latinas may have it the worst, Fusion, May 11, 2015
Posted by Jana Segal at 2:00 PM