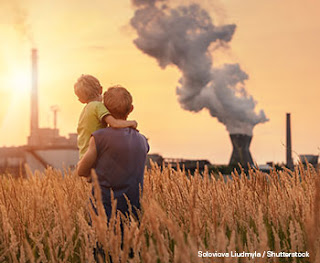 When the Chevron crude oil refinery in Richmond, Calif., caught fire in August 2012, it endangered 1,200 workers and first responders and caused nearly 15,000 community residents to seek medical treatment. Industrial facility disasters like this are too common in the United States—but they don’t have to be.

The Environmental Protection Agency, in consultation with the Department of Homeland Security, has developed modest but important updates to the safety rules for industrial facilities—including oil refineries like Chevron Richmond—that use or store large amounts of very dangerous chemicals. For reasons that defy logic and good sense, these life-saving safety measures are under attack by chemical companies, Big Oil and the EPA’s new administrator, Scott Pruitt, who has been supporting industry’s effort to stop these new safety measures since before he took office.

This is unacceptable—but the EPA is currently accepting public comments on the proposed delay. Tell the agency to enforce these commonsense protections now.

In the 10 years leading up to these rules, 1,500 chemical fires, releases or explosions at chemical facilities around the country wrought over $2 billion in property damage, invoked evacuation or “shelter in place” orders for half a million people—and led to 17,099 injuries and 58 deaths

But in a giveaway to industry, the EPA is now proposing to put the rule on hold until February 2019 while it looks for ways to roll back these vital protections. During that time there are likely to be 300 more chemical releases that could be prevented.

Today at least one in three schoolchildren in America attends a school within the vulnerability zone of a hazardous facility. And although millions of Americans live under the threat of a toxic plume or chemical disaster, the communities most in harm’s way are Black, Latino and low-income people.

Tell the EPA that we need these new protections from chemical disasters—and we need them now, before more people die because of the EPA’s failure to fulfill its mission to protect public health and safety.