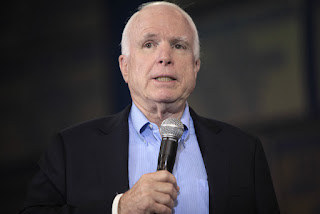 Thank you for contacting me regarding the report of election intervention by Russia. I appreciate the opportunity to hear your thoughts on this issue.

Late last year, evidence surfaced that Russia had infiltrated American networks to intervene in election-related entities. A subsequent report from the Federal Bureau of Investigation (FBI), Central Intelligence Agency (CIA), and National Security Agency (NSA) confirmed that Russian civilian and military personnel were responsible for infiltrating campaign networks in an effort to influence the United States election. Further, the report assessed high confidence that these attacks had been personally ordered by Russian President Vladimir Putin in an effort to undermine the democratic process and sway the outcome of the presidential election.

For eight years, the United States has had no policy to deter, respond to, or retaliate against cyberattacks. As a nation, we must demonstrate that attacks like this will be met with consequence. That’s why I’m proud to join with my Republican and Democratic colleagues in the Senate to introduce the Countering Russian Hostilities Act of 2017 (S. 94), which would impose new sanctions on Russia for its attack on our election and destabilizing activities in democracies around the world. Now is the time to put partisanship aside and send a signal that the United States will not stand for Russia’s aggression.

Holding Russia accountable for this direct attack on our democracy must remain a top priority for the Senate. Our adversaries now believe that the reward for attacking the United States in cyberspace outweighs the risk. Until that changes, until we develop a policy and strategy for cyber deterrence, until we demonstrate that cyberattacks on the United States have consequences, these kinds of attacks will continue to grow more frequent and more severe.

Again, thank you for contacting me on this issue. Please feel free to do so again regarding this or any other matter of concern.

Email ThisBlogThis!Share to TwitterShare to FacebookShare to Pinterest
Labels: Russian investigation, Senator McCain on Russia's infiltration of the American networks to intervene in election